Recently, animation has come into its own in various industries.  More and more people, however, are finding it a useful tool for a variety of purposes.  Granted, when it began 3D animation was used mainly in the making of movies.  Pixar’s Toy Story came out in 1995, and there have been many offerings since then.  Now the use of 3D animation is branching out into fields as diverse as medicine, business and architecture. 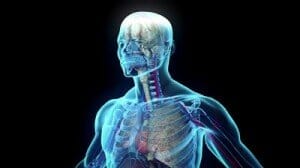 Toy Story was a huge success.  And although the computer played a major part in 1993’s Jurassic Park, computers provided only the dinosaurs, the supplementary characters.  Toy Story was particularly amazing because it set the bar for films that were created entirely on computer.
Since then many more industries have adopted 3D animation as the next major useful tool.  Not only is it an invaluable applied science that can serve multiple fields, but like the discipline of Information Technology, it is also an exciting career choice with great prospects.
Just a few of the industries in which 3D animation is being used are:
– Interior designing
– Architecture
– Stage Shows
– Medicine
– Gaming
– Business

– and of course Filmmaking. Take interior designing.  With the help of software packages designed specifically for this field, interior designers can see rooms they create right on their computers.  This can give a more accurate idea of how well a design would work in specific rooms, how it can be visualized, etc.  Similarly, architects extend similar technology to the buildings they design, and shipbuilders the same with the vehicles they create.  Carmakers, bicycle designers, computer chip fabricators, and any other field that produces physical and manufactured objects can benefit from 3D animation.

In the field of medicine, 3D animation is a wonderful tool for education and training purposes.  The young surgeon can easily be trained on surgical techniques.  Conceptual information can be easily transmitted; as many people are visual learners, it may be easier to visualize a bodily process happening rather than simply reading about it. Related to the adoption of 3D animation in film making is its use in stage shows.  Multimedia artists such as Amon Tobin, Peter Gabriel and VAST all push the boundaries of what it means to be entertained in front of a stage.  For instance, in 2011 (to 2013) electronic musician Amon Tobin created a show in which computer generated images were mapped and projected on to a cubical object in real space, sitting on the stage.  This resulted in an incredible experience that was very well received the world over.

Another important sector in which 3D animation is used today is gaming, for which many 3D artists are needed to create the assets used in game worlds.  These objects can be seen from any angle, necessitating their intricate construction in 3D-mapped space. The corporate world uses 3D animation for presentations, marketing, education and training, to illustrate trends in markets, and so on.
3D animation can be found everywhere today.  Its effectiveness and strength lies in the fact that it is an widely useful technology that can be used to produce any sort of images: realistic, fantastic, pragmatic, innovative.  The only limit to what it can do is really the imaginations of the animators.  The field has a bright future, a well-established one as well as one that is getting new innovations all the time.