Better tool for your oil and gas business? What if there was a better tool for the Oil and Gas business? 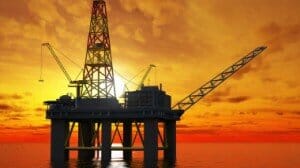 Use Austin Visuals 3D Animation Studio to create animations for your oil and gas business! Imagine if you could easily augment reality and instantly explain complex business or technical matters much easier to investors and shareholders alike.
We guarantee that using our services will result in a vast return on your investment, as your customers will understand the information you’re imparting with sound and motion far better than they would with the same old stodgy binders and portfolios.

Say you pick up an iPad and aim it at a poster. Then imagine the picture of the poster on the screen becomes interactive, telling you what the different parts of the picture on the poster are. Once your smart device was pointed at that poster or other object, you would see animation and other details that are related to that object. This could be applied to an oil rig, or the internal workings of one; it could just as well be applied to any part of industrial animation or even medical animation or technology. The augmented reality technology would be especially useful for, say, plant workers. It would allow then to inspect an object through a tablet, which would then show salient operational details about that item. It could also display data from repair or inspection schedules, or manuals if needed, all of which would help guide the employee. And if you can believe it, this is the same animation technology that brought ten-story tall robots and bumbling green ogres to the silver screen. These technologies are now finding more “serious” applications, if you will. Austin Visuals 3D Animation Studio already has a strong background in the entertainment side of animation technology, and is now bringing those strengths to animating the oil and gas industry in Houston. Other companies are already using this technology to familiarize workers with their products, such as Ikea, BMW and Boeing. Other companies have explored it to help shed light on the how 2010’s BP oil spill was responded to. Other businesses, such as museums, are also exploring use of it as well.
Many artists working at Austin Visuals 3D Animation Studio say they love the idea of sculpting and creating 3D models for oil companies, hospitals and other customers. One specializes in the fluid dynamics that you need in the internal pipework of an oil rig. “All of the artists are very passionate — they have to be, because it’s a demanding job,” said Matt Winters, president of Austin Visuals Animation studio.
“The animations are very important,” Matt added, “because you can’t take 50,000 people out on an offshore rig just to demonstrate some things. Yet if you can craft a simulation that lets people feel like they’re almost out there, then that’s 85 percent of the battle right there.”