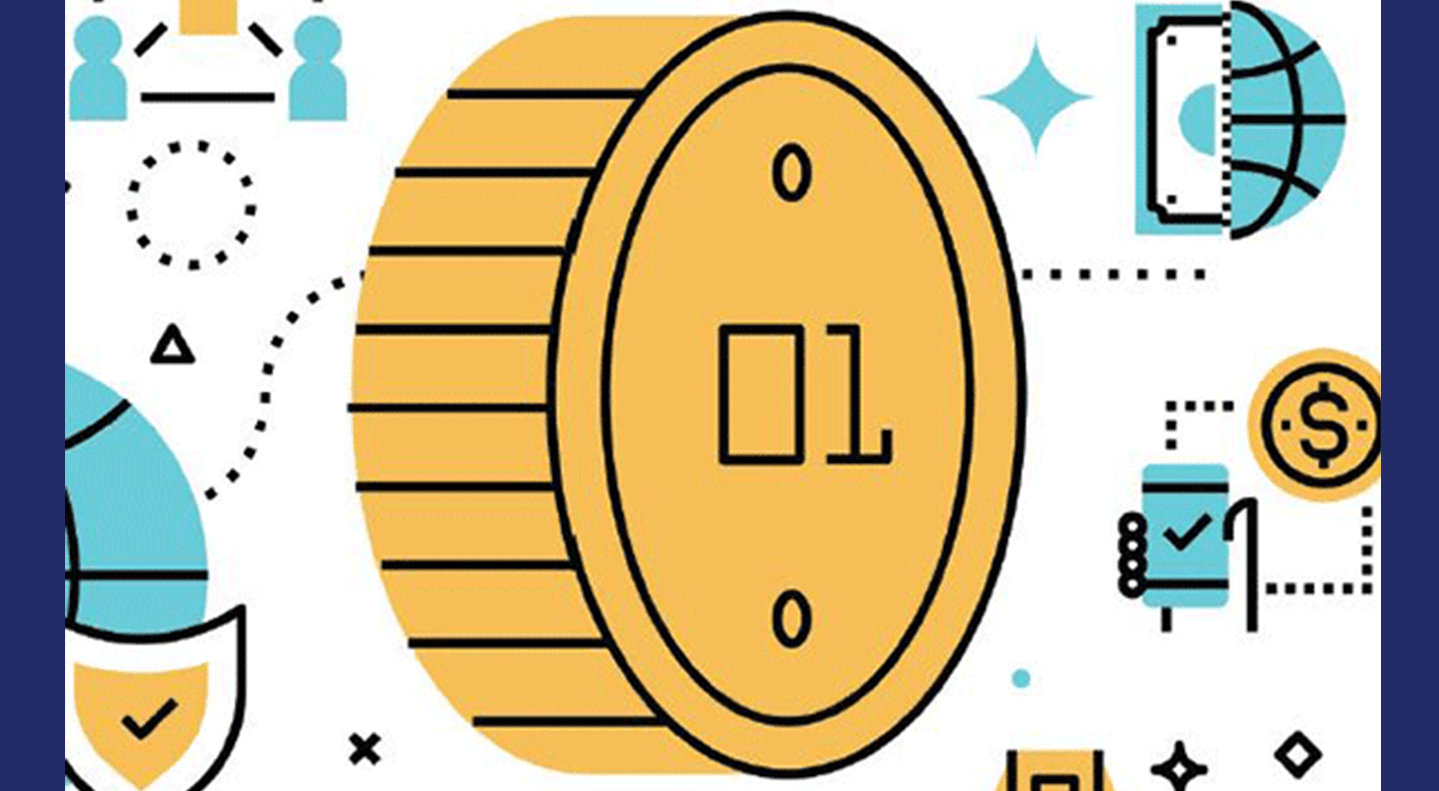 Blockchain, predicted to be a $7.74 billion market within six years, may flip the business world on its head. Are marketers ready?

What is the blockchain? Most marketers would likely answer this question by mumbling something about Bitcoin and cryptocurrency, but Jeremy Epstein, CEO of Never Stop Marketing, is a true believer in the technology.

“I happen to think that this thing is the internet at exponential levels in terms of importance,” says Epstein, who recently wrote the e-book “The CMO Primer for the Blockchain World.” “My brother always says, ‘Jeremy, you drink way too much Kool-Aid. You’re totally off the deep end.’ There’s probably a lot of truth to that,” Epstein says.

Is Epstein off the deep end or simply early to the pool party? The blockchain hype has grown as every marketer, financial expert and CEO struggles to figure out what the technology is and how it will change business. This has meant big expectations: The blockchain market, now worth approximately $600 million, is poised to grow to $7.74 billion by 2024, per Grand View Research. A study by Juniper Research finds that 57% of large corporations say they are either actively considering or in the process of implementing blockchain technology, and approximately 66% expect full integration of the blockchain by 2018.

The aforementioned Bitcoin—a peer-to-peer digital currency valued at $9 billion worldwide, per BlockGeeks—has been the Blockchain’s main output and most recognizable application. Each Bitcoin is worth $4,385.95, as of October 2017; the cryptocurrency has been called a “bubble” by executive thought leaders like Mark Cuban and Ray Dalio, and is considered the future of currency by many futurists and excited investors.

Beyond the pool parties and hype machines, what does the blockchain look like in marketing, and why does it matter in 2018?

In other words, the blockchain is a growing list of decentralized records—referred to as blocks—secured by cryptography​.

The bullish Epstein says blockchain will not change the fundamentals of marketing, but it will change business execution and strategies, likely rocking the world of those who are unprepared. With blockchain, anyone can transfer valuable assets from one person to another person without a third-party trust broker. Data is protected by its decentralization, Epstein says; think robbing one house (a data center) versus robbing 5,000 houses (the blockchain).

Epstein asks marketers to consider a unit of advertising space as an item of value: “Right now, I go through my 55 different intermediaries [when buying an ad]. You don’t need that in a world of blockchain,” he says. “We’re going to have a way to guarantee that the advertising you’re buying is showing up on the site that you intended it to and your software is going to provide you assurances that it is displayed on the space you purchased. … It can be a pretty big game changer for marketers.”

For now, blockchain remains an idea in marketing, a hope. There’s no true front-running provider for blockchain marketing technology yet.

“What’s your blockchain strategy?” will soon become a common question among marketers, says Dave Morgan, CEO and founder of data science marketing company Simulmedia. The marketer, for now, should answer with, “To know what the hell it is,” Morgan says.

Morgan is familiar with innovative and disruptive technology, as he’s worked in digital marketing since 1992, just before the internet became a behemoth. Morgan, like Epstein, believes that the blockchain will cause an internet-esque shift in marketing and business. He’s seen the blockchain up close—his company’s investor, Union Square Ventures, invests money in blockchain applications—and has become a believer in the technology.

Marketers will be tempted to dive right into the blockchain, Morgan says, but understanding is the essential first step. “Try to spend time with people that understand blockchain,” Morgan says. “Take the time to learn and understand it, even if it seems obtuse and quite boring.”

In the 1990s, marketers made a mistake by ignoring the internet until it became omnipresent. As a result, they spent years playing catch-up, Morgan says. Blockchain is too important to allow this to happen again. “What people need to understand is that this resets the control  of data, relationships and value creation,” he says.

“[Marketers are] going to see consumers build relationships with companies,” Morgan says. “They will see federations of consumer groups that will leverage blockchain networks to exchange value and buy and sell services. [This will happen] just as people that only sold in bricks-and-mortar didn’t understand how much they were losing to e-commerce because they didn’t see it until it was too late.”

Welcome to Austin Visuals. We hope you’re enjoying this article!  While you’re here, please take the opportunity to browse the visual stories and solutions we’ve created for our clients. If you have an article you’d like us to publish, email us at [email protected]

Trust: one little word that means many big things in marketing. The 2017 Edelman Trust Barometer finds that trust is down for media, government, NGOs and business. However, Kathryn Beiser, global chair of Edelman’s corporate practice, says business is “the last retaining wall for trust. … Its leaders must step up on the issues that matter for society.” Enter the blockchain, which The Economist has called the “trust machine.”

Epstein gives a scenario for how marketers can use the blockchain to build trust with consumers: You go to the store to buy coffee. A brand bragging about its origins—an organic, family-owned farm in Nicaragua—catches your eye. “Imagine an application that lets you put your phone on top of [the coffee], scan it and see the entire supply chain of the coffee bean all the way back to the Gonzalez family in Nicaragua,” Epstein says. “You have total confidence that it’s not just a claim anymore because you have proof; everything has been verified and logged by the shipper.”

In this scenario, the cost of lying about a product becomes great while the value of telling the truth about it becomes greater. Marketers can tell the story of their product not simply as a storyteller, but as a documentarian. “That’s a great chance if … you can prove it,” Epstein says. “People will pay for the premium. People pay to be in line with their values.”

Now think beyond the product: With verified information on the blockchain, companies can be completely transparent about values and business practices. How many women are employed at Procter & Gamble, for example? How many minorities are employed by Google? Companies self-report this data, for the most part, but only a few people truly know the answers. With this information on a blockchain, consumers can trust that the company is telling the truth about its values, practices and statistics.

“If you’re a marketer, you need to fundamentally understand that the days of total bullshitting are coming to an end,” Epstein says.

Large companies should consider going a step further than simply learning about the blockchain, Epstein says: “You should move on this relatively quickly because right now, you have advantages that the startups don’t have: No. 1 you have customers, No. 2 you have a lot more money, No 3. you have global infrastructure, No. 4 you can operate at scale, and No. 5 you have brand; people know who you are and trust you.”

If nothing else, companies should instruct some members of their marketing team to research how a chain-based, disintermediated system may affect the company’s industry, Epstein says. Ask and answer questions like: “What does blockchain do to the competitive landscape of our industry?” and “Where are we acting as a third-party intermediary? Where are our competitors?”

For marketers who prefer to wait and watch, Morgan says to pay attention to how changes in blockchain technology will affect key areas of marketing, such as identity verification and management. “Our use of blockchain is really mapping out our longer-term software architectures and business models, understanding that blockchain is going to have really significant disruptive effects on this ecosystem,” he says of his own business.

Marketers who choose to remain incurious about blockchain technology surely exist, but Epstein compares this technology to a “massive wave” that will crash down on businesses whether they’re ready or not.

“The genie is out of the bottle,” Epstein says. “You can do what you want with the information, but don’t tell me you didn’t know it was coming.” ​

Hal Conick is a staff writer for the AMA’s magazines and e-newsletters. He can be reached at [email protected] or on Twitter at @HalConick.